The StarTribune hasn’t endorsed a Congressional District 2 candidate yet, but hopefully it will endorse Mike Obermueller. After all, the paper just published that some for-profit schools have been put on probation by the Pentagon.

The Department of Defense has placed Globe University and its ­sister, the Minnesota School of Business, on probation, meaning the schools can no longer accept some federal military educational benefits.
Current students can remain at the schools, but the restriction, made public this week, is the latest bad news to hit the two Minnesota-based for-profit schools. Attorney General Lori Swanson is suing them for deceptive marketing practices and fraud.
Lt. Cmdr. Nate Christensen, a Defense Department spokesman, said the Pentagon does not disclose information regarding any pending enforcement action for specific schools participating in its Voluntary Education Partnership Memorandum of Understanding.
But the program’s website lists both Globe and Minnesota School of Business as being on ­probationary status, meaning the schools are not in compliance with the program, either because of a loss of accreditation, or because the Pentagon is investigating a complaint about the school.
Of 96 schools in Minnesota participating in the Department of Defense program, Globe and MSB are the only schools on probation, according to the website. The program monitors compliance of federal military tuition assistance programs.


Below is a list of Globe University / MSB schools listed as on probation:

Lawmaker John Kline blocks regulation against these schools and receives money associated with these schools. Kline’s opponent Mike Obermueller had this to say:

Eagan — Second district congressional candidate Mike Obermueller released the following statement regarding the Pentagon’s decision to put Globe University and the Minnesota School of Business on probation:
“This is yet another troubling sign of the abuse by for-profit colleges, this time right here in Minnesota. These schools appear to have been exploiting veterans, and to have been getting away with it for decades.
“It’s great news that the Attorney General and the Pentagon are taking a harder look at these schools. However, disciplinary action isn’t enough — we need to prevent these organizations from being able to maliciously target military veterans in the first place. These disgraceful tactics could be stopped through simple federal action, but so far Congress has chosen to ignore the problem.
“What’s most troubling about this is that Congressman Kline, as both the chair of the Education and Workforce Committee and a member of the Armed Services Committee, is in a unique position to stop for-profits schools from targeting veterans. Instead, however, he’s padding his campaign coffers with their money and choosing to look the other way.
“This is exactly the type of behavior that Minnesotans are sick and tired of seeing in their politicians. We need people in Congress who are willing to look past their next election, and push for reform that will help our veterans. That’s exactly the type of leader I’ll be when I’m representing the second district.”

- See more at: http://www.dflcd2.org/newspaper-startribune-notices-for-profit-schools-are-on-probation-should-also-notice-obermueller/#sthash.3sNkwe8q.kdhZXnw8.dpuf
Posted by MIA at 9:25 PM No comments:

How much does your college bring in from the GI Bill? If you attend a for-profit college, most likely a lot. Below is a look at the amount Globe University / Minnesota School of Business and Globe Education Network schools have brought in from the GI Bill for years 2009-2010, 2011-2012, 2012-2013. The Globe University headquarters is located inside John Kline's district and one of his largest donors.

This, of course does not include the federal funding that Broadview (as well as other Globe Education Network schools) receives from other federal funding sources such as the Workforce Investment Act (WIA) and the Trade Assistance Adjustment program (TAA). If all of this were included as well, it would be interesting to see if Broadview's total revenue exceed 90% from government funding.


Data from gen.silk.co
Posted by MIA at 1:20 AM No comments:


It should not surprise anyone that Representative John Kline was voted to be the worst member of Congress in Bill Maher's #FlipADistrict campaign. For years, Kline has ignored issues that are important to the voters and has proven to be one of the sleaziest politicians in office today.

A major issue is Kline's unwillingness to even pretend to fight for young people today, particularly on higher education. As the chair of the Education and Workforce Committee, he has bent over backwards to work for the for-profit college industry and essentially given the middle finger to current, former, and future college students. Examples include opposing the Student Loan Forgiveness Act, and even writing a bill that would reduce the budget deficit by raising student loan interest rates. Even more recently, Kline used his leadership position to quash a bill that would help stop for-profit colleges from exploiting veterans and gaming the federal aid system.

Kline has made it clear to the people in his district and the rest of the country, that he feels these poorly performing schools are his real constituents. Kline remains the number one recipient of campaign funding from the for-profit industry for one reason: he will continue to push for less regulation over the for-profit college industry, so they can continue to defraud taxpayers and profit off the millions of people they saddle with student loan debt, and often never graduate.

Data from for-profit-colleges.silk.co
Posted by MIA at 12:12 AM No comments:

Is it Rape? OR Rape?

Several out-of-touch lawmakers voted that a woman’s life had to be in danger in order to actually be “raped”. Hey lawmakers, in this century, there is only “rape”, not “different kinds of rape”.  ”NO” means “NO.”

If your Congressperson is stuck in the past, doesn’t understand women, and voted, “YEA, there is rape, and other kinds of rape, remember they did this and VOTE THEM OUT.  Minnesota’s Congressional District 2 Congressman John Kline voted  YEA.  VOTE HIM OUT!

If John Kline had his way, these rape numbers  would be greatly reduced.  And that’s the wrong way to reduce the occurrence of rape!

The visuals below take a look at the sexual assaults on campuses from 2012. There's a huge problem and re-defining the word, "rape" is not the solution.

The 100 U.S. Colleges and Universities with the Highest Rates of Reported Forcible Sexual Assaults on Campus (per 1000 Students) - 2012 data

Table: The Top 100 Universities and Colleges in the U.S. With the Highest Number of Cases of Reported Forcible Sexual Assault on Campus per 1000 Students


Wish granted.... over this last weekend..Mike Obermueller (www.mikeobermueller.com) was endorse in CD2 by the DFL to face off against Congressman John Kline (R-MN) in the fall election...


" A student Twitter campaign rocketed Rep. John Kline, head of the House Education Committee, from number 75 to number 1 on Bill Maher's "Flip A District" campaign. The grassroots groundswell came about as a result of Kline's raising the interest rate on federally-guaranteed student loans to fight the deficit. Copyright HBO. Watch "Real Time with Bill Mahar" each Friday night on HBO."

Despite being Education chair, Kline has received "0%" or "F" grades on every ranking from the National Education Association since 2005.

Posted by truthsurfer at 8:00 AM No comments: 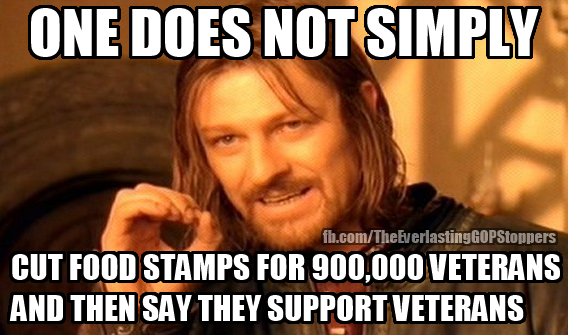 At a time when more veterans and their families rely on food stamps...what does Rep. John Kline (MN-R) do? He votes against veterans...sigh...again...Welcome to the 'believe what I say' not 'as I do' Kline klub!
Posted by truthsurfer at 8:16 AM No comments:

Enjoy the House Majority PAC ad then ask yourself why 'just plain stupid' Kline thinks the middle class and lower income families should pay higher interest rates on student loans when they already generate 50 billion a year in profits for the government! ...oh yeah...then check out the biggest contributors to his campaign...Apollo, Rasmussen, and DeVry....hmm..coincident? I think NOT...